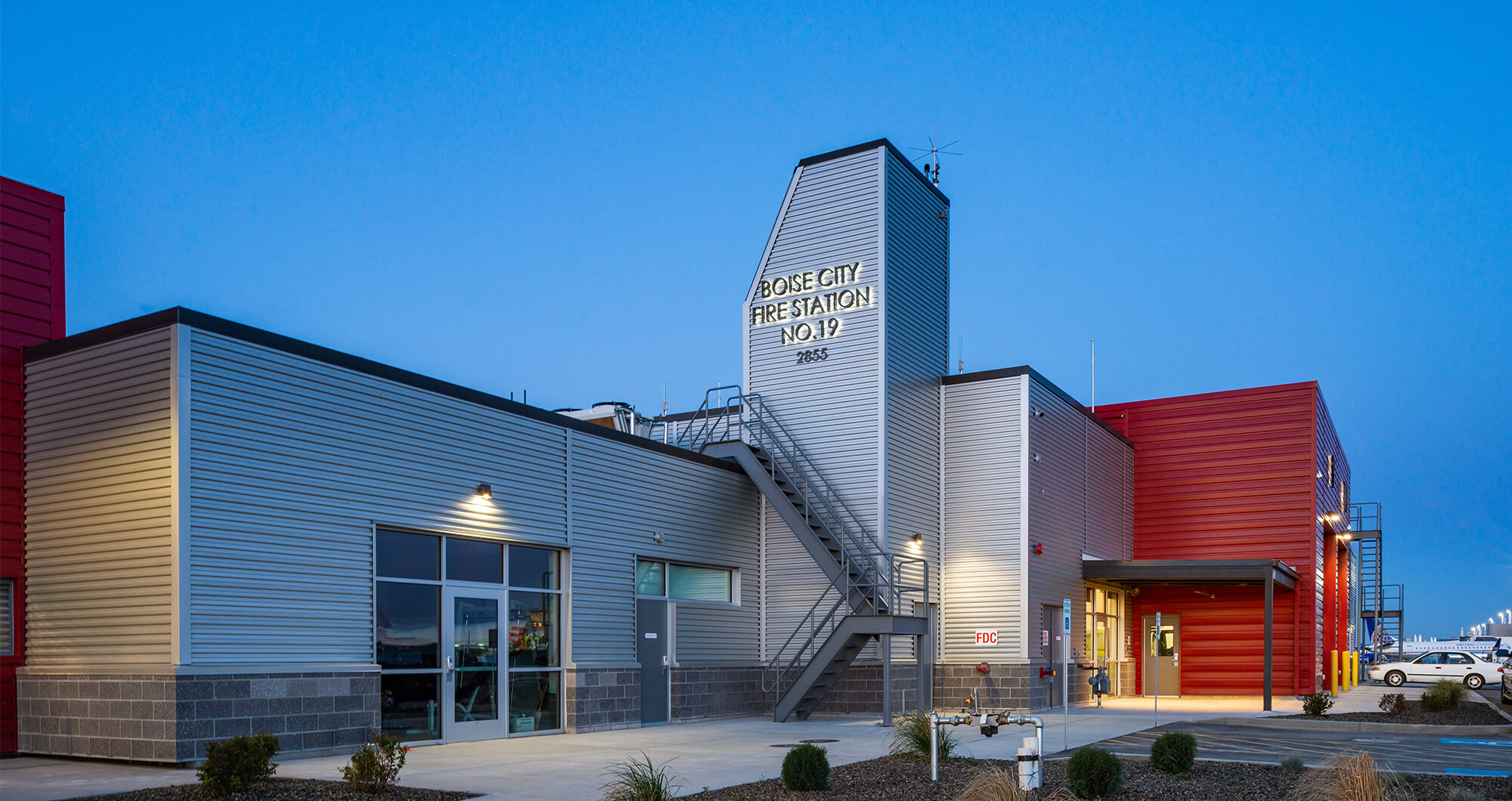 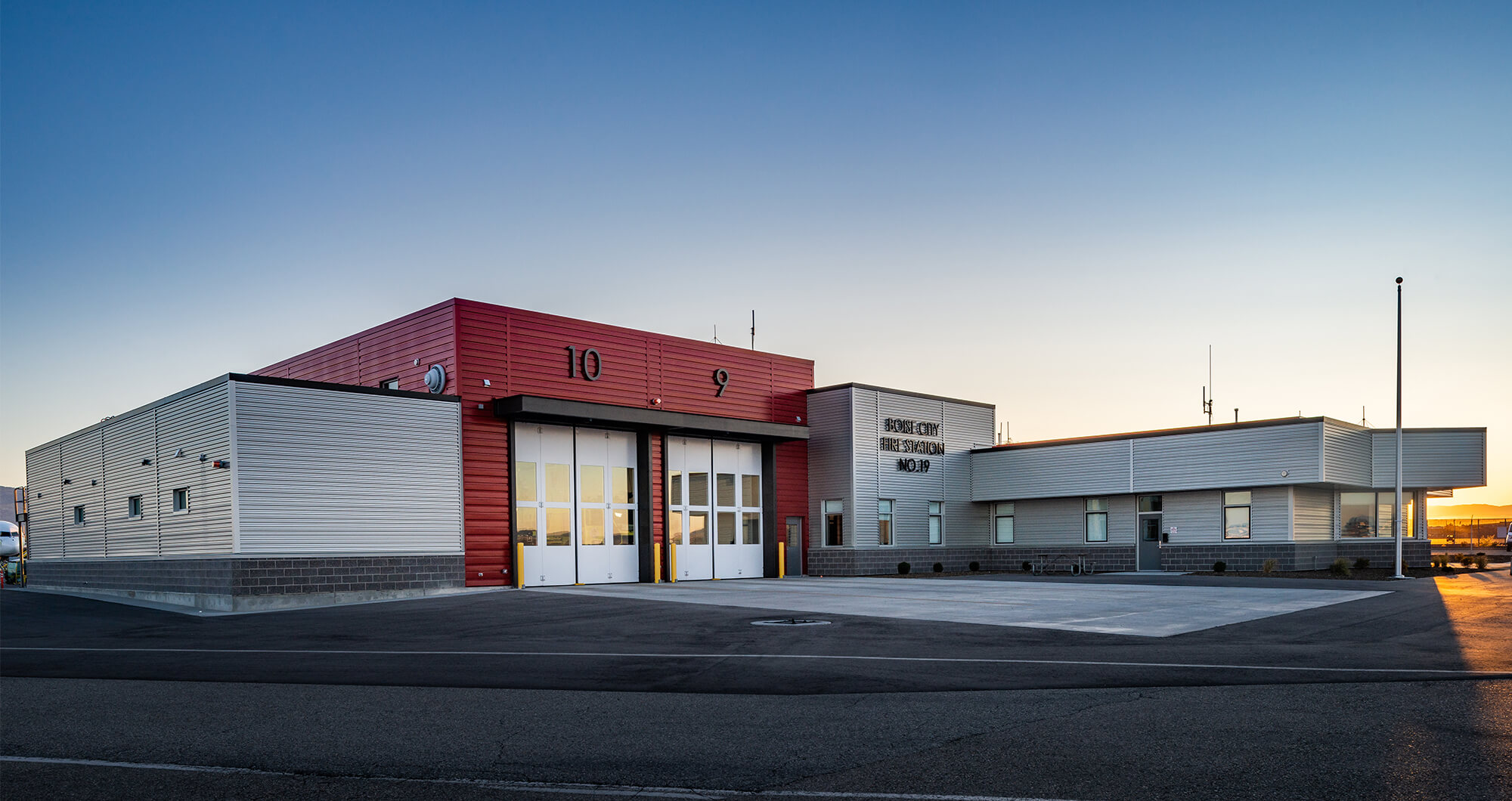 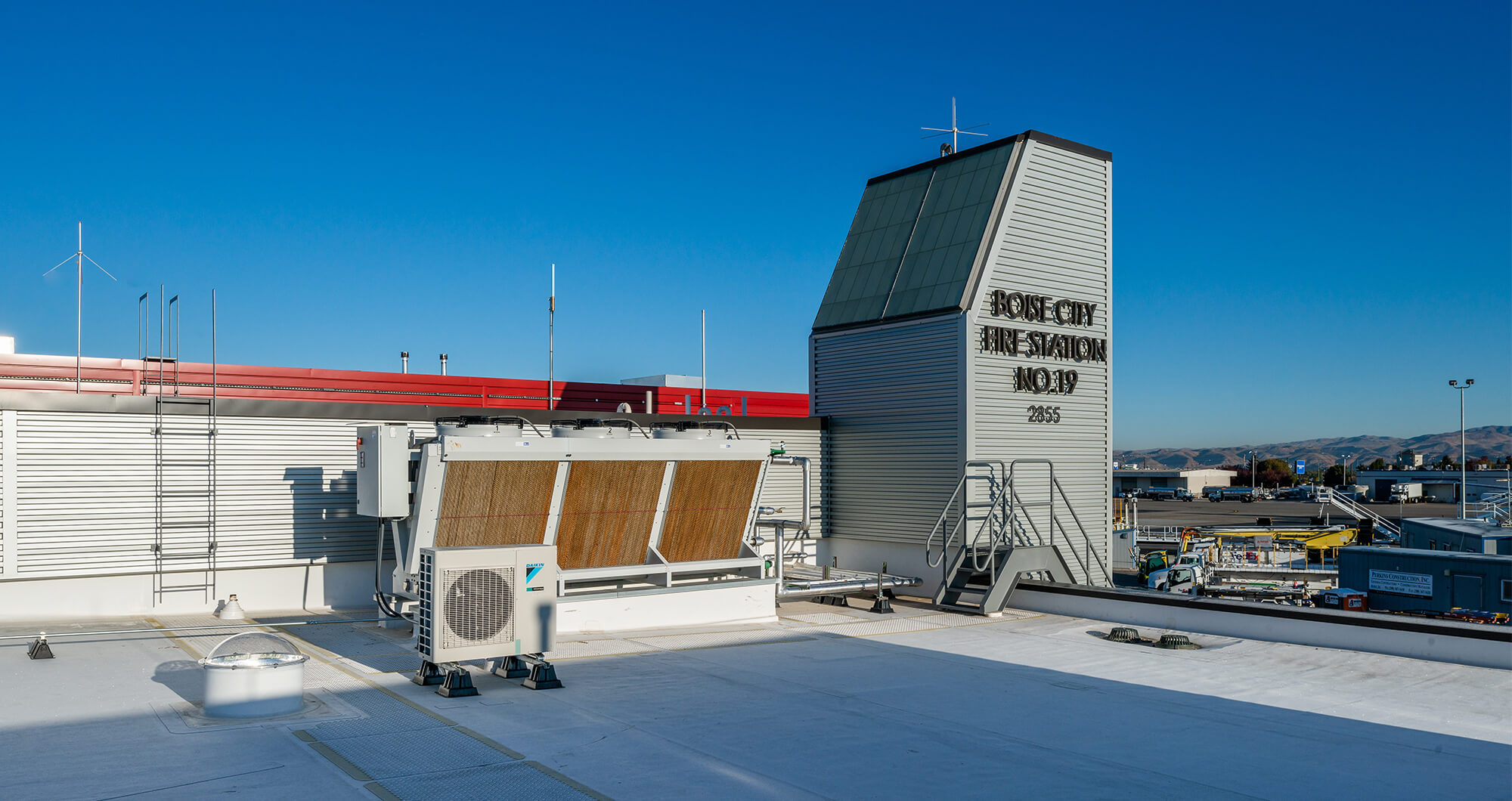 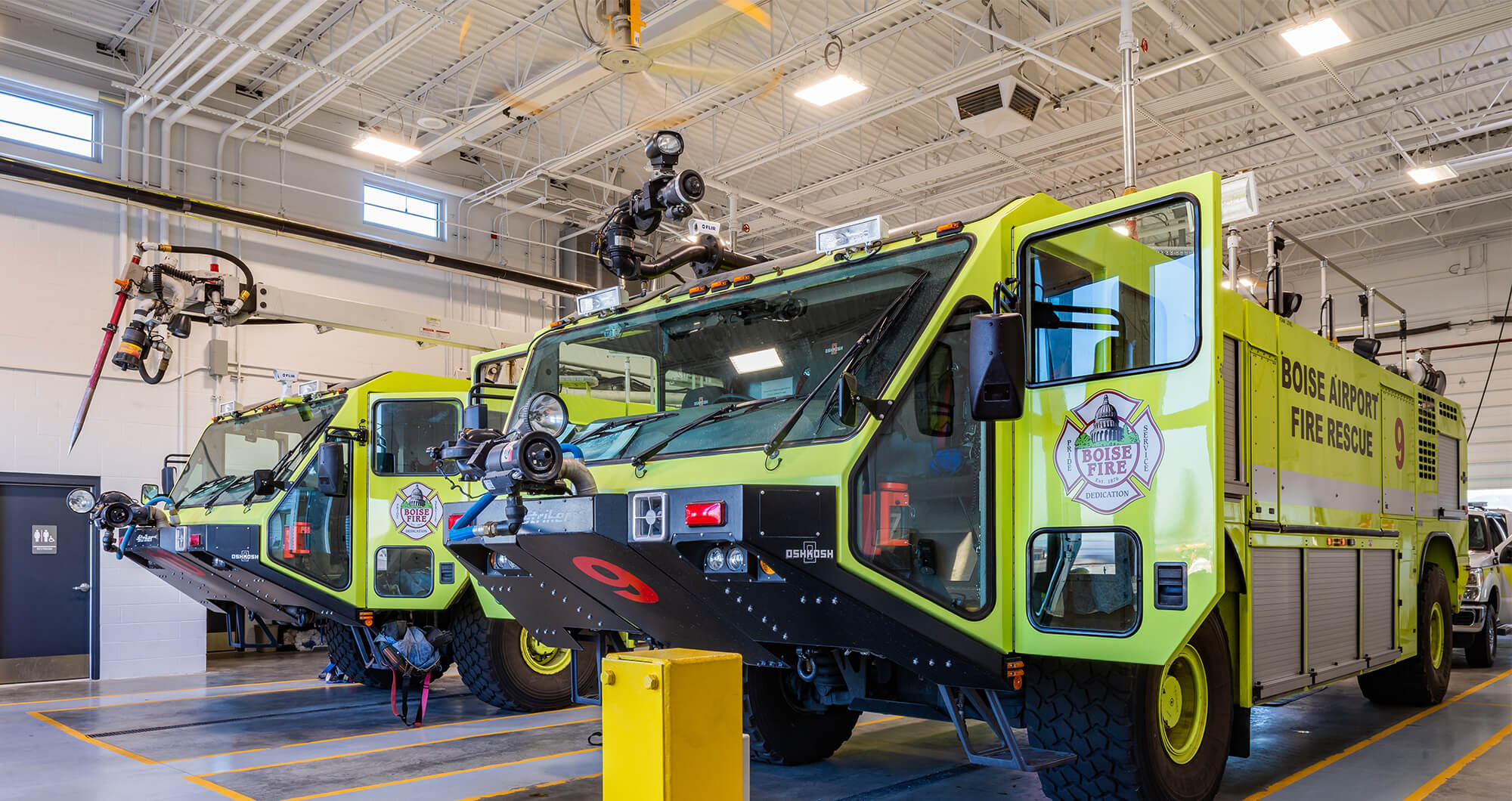 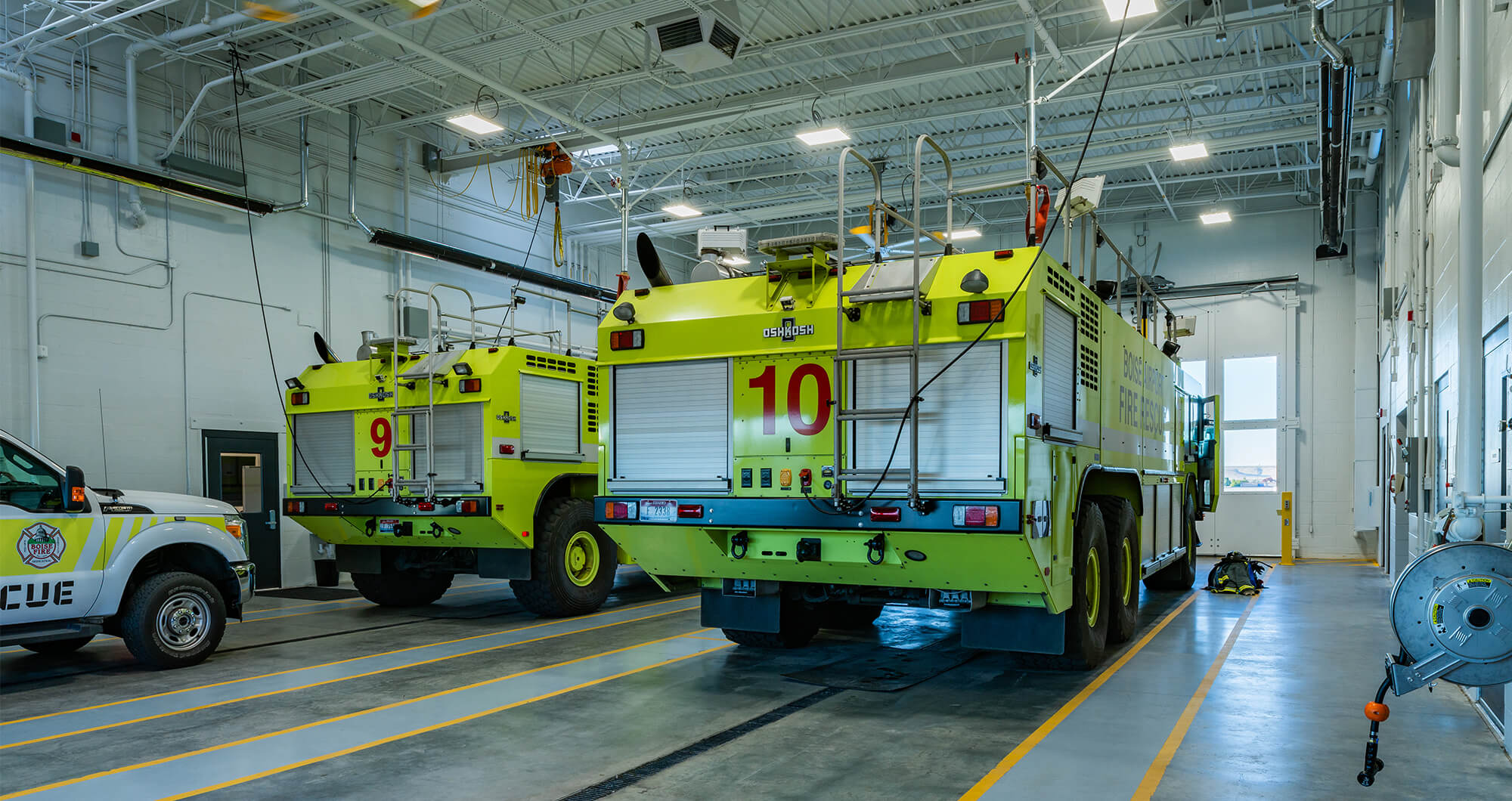 The Boise Airport Aircraft Rescue and Fire Fighting [ARFF] station required remodeling and an expansion to meet current and growing needs.  The project had two critical design requirements: (1) The facility had to remain fully operational 24/7/365 and (2) A response time of no more than three minutes had to be maintained regardless of construction or phasing.  Spatial relationships of living space, suit-up space and apparatus bays are critical to fast response time.

In addition to an efficient layout, the ARFF includes an open living space and modern kitchen and dorms.  The station’s location near the flight path also requires specialized sound attenuation.  Interior frame walls use clips that allow the gypsum substrate to ‘float’ and disrupt sound waves.  Special treatments are also found in the roof and ceiling.

The finished building includes two original and two new apparatus bays. Concrete masonry units were used for building the expansion. Steel siding and canopies painted gray and red (for the bays) accent and identify the building.

The remodel and expansion project brought the facility into full compliance with the following codes and standards: 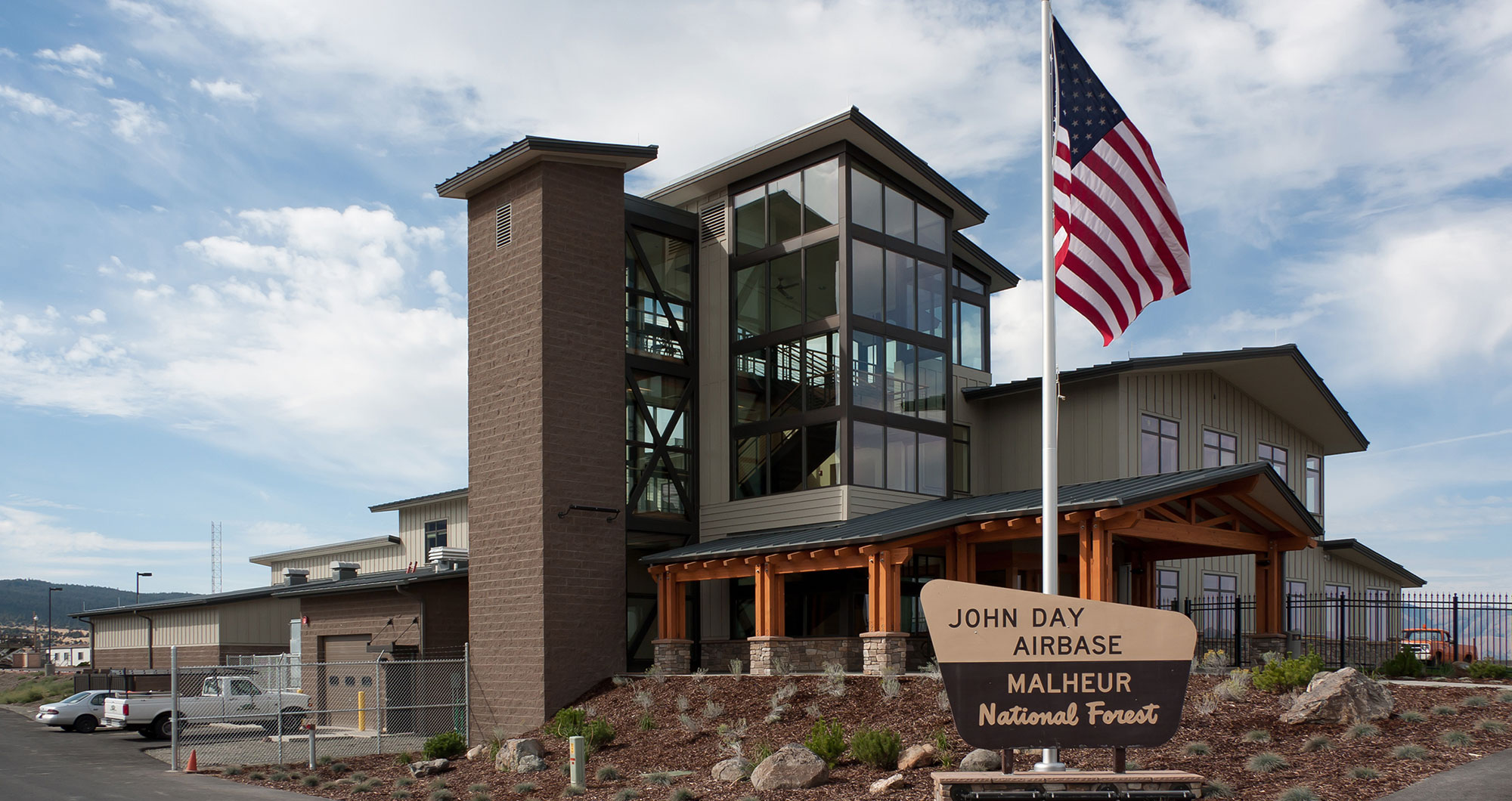 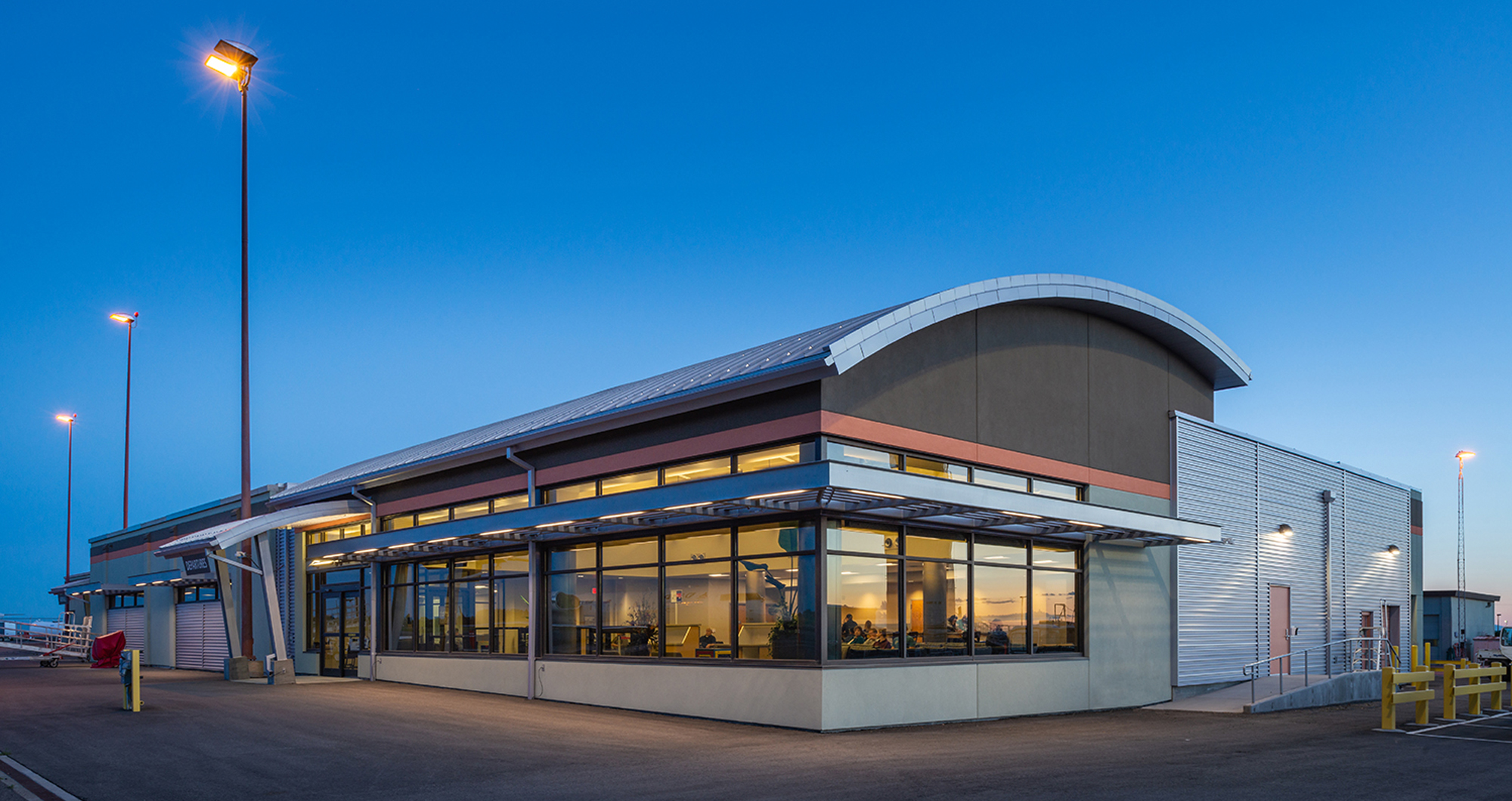 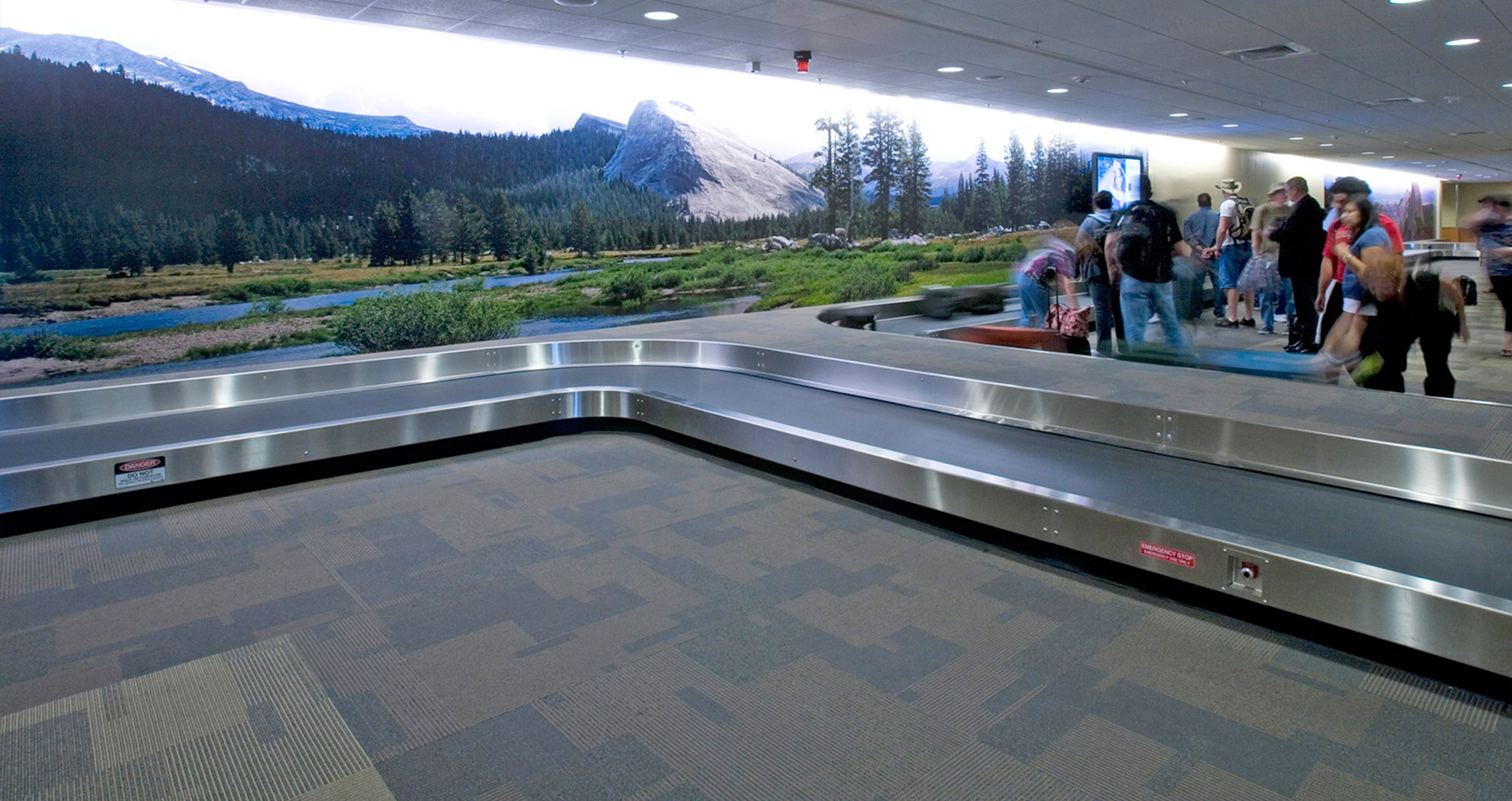